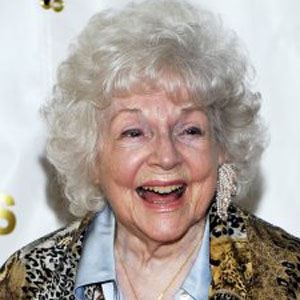 American voice actress who voiced many characters on television series including the role of Smurfette in the 1980s cartoon The Smurfs.

She had one of her first voice roles as Anastasia Tremaine in the 1950 Walt Disney film Cinderella.

She has also worked as a narrator on three Disney Album stories including Story of Thumper, Story of the White Rabbit, and Story of Grandpa Bunny.

She was raised with her family in New York City.

She voice acted as Hugo on an episode of the television cartoon The Flintstones, starring the voice of Mel Blanc.