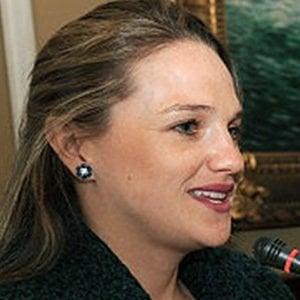 Peruvian politician who is known for having served as a Member of the Congress of the Republic of Peru. She was a member of the American Popular Revolutionary Alliance political party and is also known for having testified in the 2008 investigation in the Peru Oil Scandal.

She started her career in politics early at the age of 14 when she became the General Secretary of the Aprista Party’s Youth Wing. She then earned her degree in law from the University of Lima. She then went on to earn her Masters of Governance and Public Policy from the University of San Martin de Porres. She was elected as a congresswoman representing Lima in 2006.

In 2009, she was featured in Spain’s 20 Minutos newspaper as the number one spot on an international poll listing the most beautiful female politicians.

She was born and raised in Lima, Peru and is known for being the daughter of fellow Peruvian politician Romulo Leon Alegria.

Other members of Peru’s congress who are also known for representing the district of Lima include Mauricio Mulder and Marisa Glave.