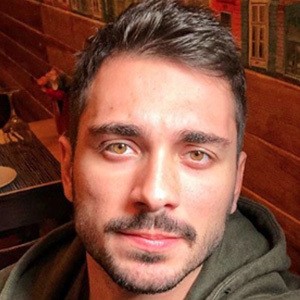 Social media star who has risen to fame for his self-titled YouTube channel. His adventure and personal vlogging along with challenges have earned him more than 13 million views.

He launched his YouTube channel in February 2014. He has studied journalism at UFSC.

He is openly gay.

He and Vitor Liberato have collaborated on his YouTube channel.