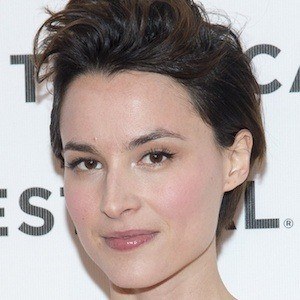 Model and actress who is known as being an international brand ambassador for L’Oréal Professionnel. In 2015, she starred in the film The Transporter: Refueled as Anna.

She was discovered by a modeling talent scout at age 16. She began her career in entertainment in various commercials and photo shoots. She then studied at the Lee Strasberg Theatre and Film Institute.

In 2013, she appeared in her first film role, which was as loan in John Turturro’s Fading Gigolo. In 2014, she was directed by Paul Haggis in the film Third Person.

She was born and raised in Paris, France. She is partially Vietnamese, German, and Italian.

She acted alongside James Franco and Liam Neeson in the 2014 film Third Person.