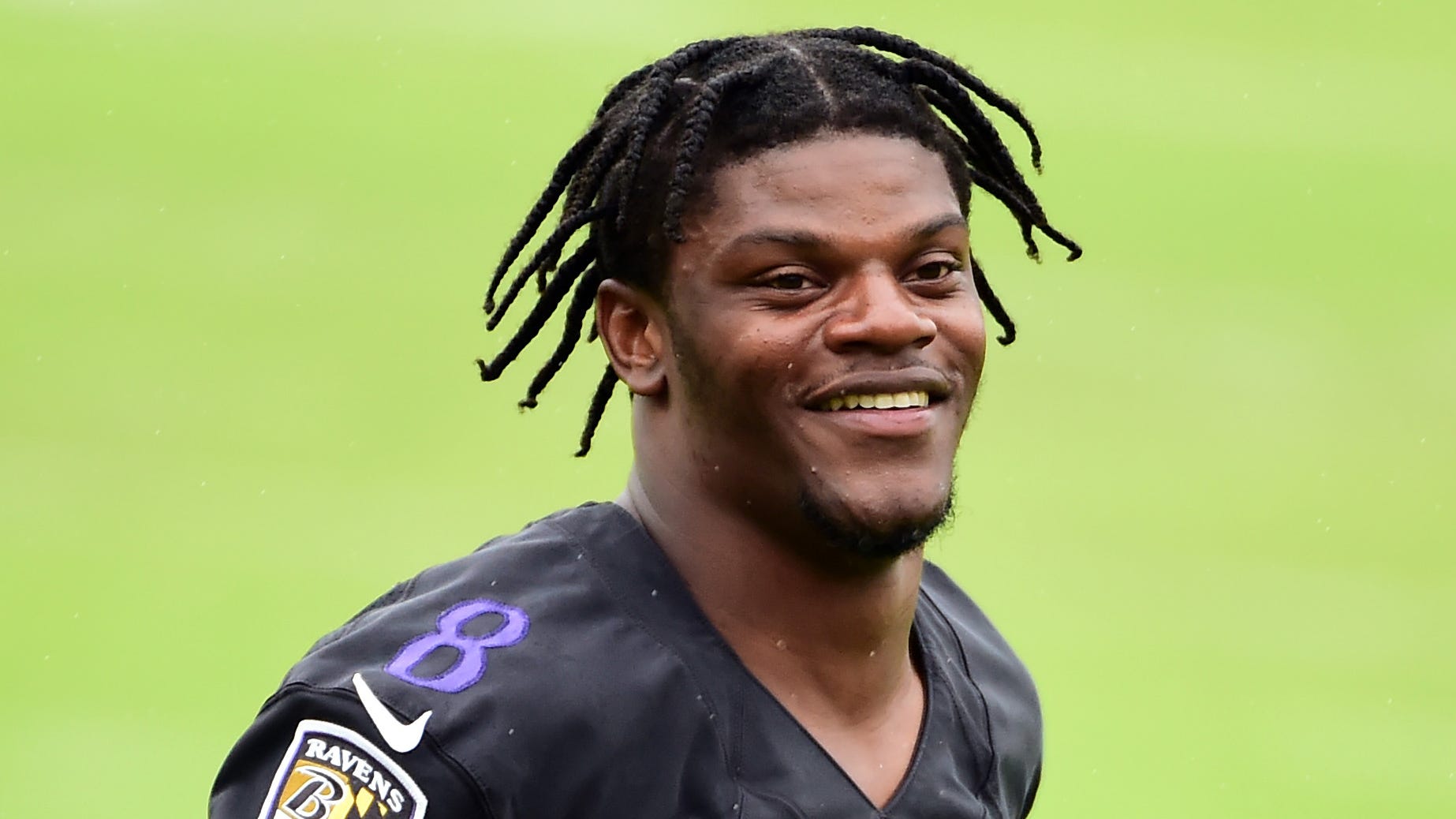 Dynamic quarterback who was a unanimous selection as 2019 NFL MVP after a historic season with the Baltimore Ravens. He was the 2016 Heisman Trophy winner at Louisville and was selected 32nd overall in the 2018 NFL Draft by the Ravens.

He was born to Felicia Jones and Lamar Jackson Sr.

I came from a high school where I didn’t have a playbook or anything like that. Coach would draw it up and get the headset on, and we’d go after it.

I’m still growing each and every day. I’m trying to become a better person, a better player and an all-time better QB.

I usually eat cereal every morning.

I noticed a lot of dual-threat quarterbacks in the shotgun or in the pistol, a lot of them don’t last forever. I want to be in the pocket.

You just go in and play with confidence and try to come out with a victory. That’s the goal.