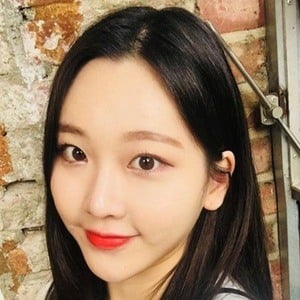 South Korean pop singer who is best known as a member of the girl group Momoland. Her group is known for EPs such as Freeze! and Welcome to Momoland.

Her group Momoland was formed by the Dublekick Company via the 2016 reality show Finding Momoland.

She hails from Seoul in South Korea.

She is a South Korean pop star in the same vein as Park Ji-min.