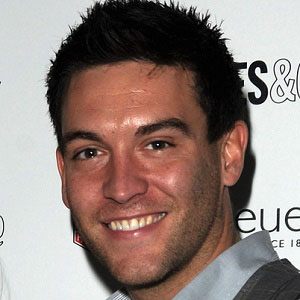 Famous for his portrayal of Jake Dean on the popular English soap opera Hollyoaks, he is also notable for his performance of the title role in a British stage production of the musical Aladdin.

He first acted professionally for the Royal Shakespeare Company and then made his television debut on the ITV series Night & Day.

He appeared in a 2006 episode of The Weakest Link.

Born Kevin Bignell, he spent his youth in London, England. He married professional ballroom dancer Camilla Dallerup in 2010; they had met two years earlier while appearing on the reality television program The Underdog Show.

Prior to his marriage, he had a two-year relationship with fellow Hollyoaks cast member Ali Bastian.