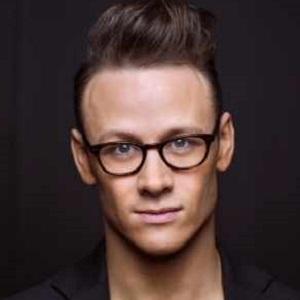 British professional dancer who appeared on the television series Strictly Come Dancing and Burn the Floor.

He began taking Latin and ballroom dancing lessons as a young child, and he and his sister, Joanne, competed in numerous national and international dance competitions.

He appeared in a 2010 London West End production of Dirty Dancing, The Musical. He and Stacey Dooley won Strictly Come Dancing in 2018.

He was married to dancer Clare Craze from 2007 to 2013. He then married dancer Karen Hauer in 2015 up until 2018. His parents, Keith and Judy Clifton, also had successful careers as professional dancers. He and Stacey Dooley have been in a relationship.

There have been times when I booked out a dance studio and I’ve tried to choreograph in there and suddenly I feel like I have no creativity.

When I’m in a bar I need to be the coolest one that can drink more than anyone else and I need the girls to fancy me.

Being there for each other in person or at the end of the phone during the show is so important for us and is a nice comfort. Whenever we get time out we make sure we go on dates, watch films together and just relax without thinking about work!

You don’t have to be the cool party guy, getting everyone’s attention.

I already have a second career, running a property investment business with a friend.