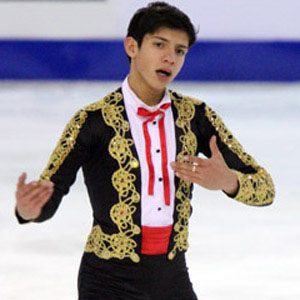 Notable as the first competitive figure skater to represent Brazil in the Four Continents Championships and the World Junior Championships, he also had a career as an actor, appearing in the popular Canadian teen series Degrassi: The Next Generation.

He started modeling during his late childhood years and went on to appear in What’s Up Wharthogs?, Warehouse 13, and other television series.

After placing tenth in the ISU Junior Grand Prix of Figure Skating, he came in 16th at the Four Continents Championships and 37th at the World Championships.

He was born in Toronto, Ontario, Canada, to a Brazilian mother and a Portuguese father.