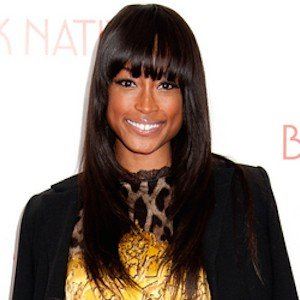 Second runner-up on the fourth cycle of America’s Next Top Model who would sign with I Model and Talent in New York. She has worked with brands such as Samsung and Heineken, and been featured in publications including Rolling Stone, Cosmopolitan and Seventeen.

She would participate in local fashion shows and modeling contests growing up.

While in the midst of her modeling career, she went back to school to study to be a neurosurgeon. She launched her own series of modeling workshops.

She grew up in Los Angeles, California.

She was featured in an episode of FOX’s New Girl that also guest-starred Josh Gad.