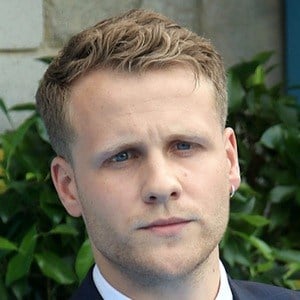 British actor who portrayed Captain Adam Hunter in Allied and Young Bill in Mamma Mia! Here We Go Again. He was cast in a 2018 movie called The Little Stranger.

He studied at the Guildhall School of Music and Drama.

He won a 2017 Off West End Award for Best Supporting Actor for his role in the Orange Tree Theatre’s production of Sheppey.

He has a cat named Wolfgang.

He played the younger version of Stellan Skarsgard’s character in Mamma Mia! Here We Go Again.