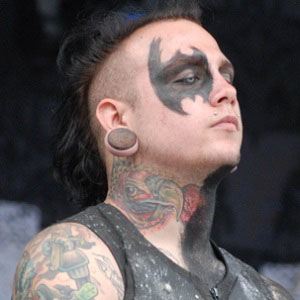 Former keyboard and synthesizer player for the metalcore band Motionless In White who helped them release albums titled Creatures and Infamous. He would part ways with the band in 2017 after nearly 10 years.

Though not an original member of the band, he joined in 2007 shortly after the band released their first demo.

With Motionless in White, he was signed with Masquerade Records, Tragic Hero Records, and then Fearless Records.

He resides in Wilkes-Barre, Pennsylvania. He began dating Ryan Ashley Malarkey in 2013. The couple got engaged in 2016, but split up before getting married. He and Ryan owned The Strange and Unusual Oddities Parlor together.

He was joined in Motionless in White with lead singer Chris Motionless.