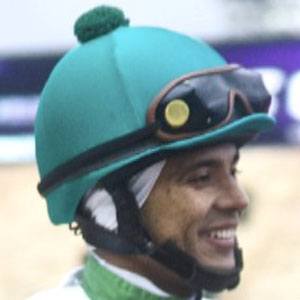 Panamanian born horse jockey who is considered one of the greatest jockeys in U.S. racing, with 141 wins in 2008.

He won the Breeder’s Cup in 2008, which is considered to have been his big break.

He was born and raised in Panama.

He is one of the top jockeys from Panama like Eddie Castro.