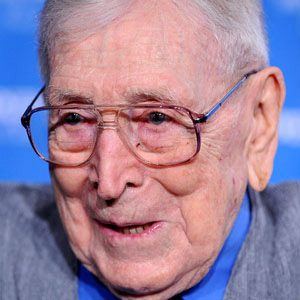 He went to the state championship finals three straight years during his playing days at Martinsville High School. He then went on to play college basketball at Purdue from 1929 to 1932.

He was dubbed the Wizard of Westwood, for his constant ability to combine positive thinking with winning strategy.

He was loved by many of the players he coached, one of those being Kareem Abdul-Jabbar, then known as Lew Alcindor.

I’d be satisfied just coaching in high school. I turned down a number of colleges when I was teaching in South Bend, Indiana, before I went into the service. I honestly believe that if I hadn’t enlisted in the service, I would never have left high school teaching. I’m sure I would have never left.

Defense is a definite part of the game, and a great part of defense is learning to play it without fouling.