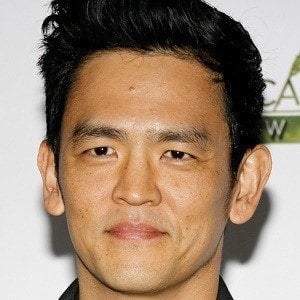 Actor who first rose to fame as Harold Lee in in the Harold & Kumar film franchise. He starred in the short-lived ABC series Selfie alongside Karen Gillan. He has also portrayed Hikaru Sulu in the Star Trek films. He made history as the first Asian-American actor to star in a mainstream Hollywood thriller in the 2018 film Searching.

He studied English Literature at the University of California, Berkeley.

He was in Ugly Betty with America Ferrera.

I would love to do Shakespeare, either onstage or on film.

I wanted to do ‘Manzanar’ because I’d never done anything like it before. The spoken word there is between a drama and an essay, and I’d never worked in concert with an orchestra.

The more roles there are, the more actors there are.

I campaigned for Obama, and that was such a big component of getting the vote out, was social media.

I write, and I sing, and I play a little guitar. I mean, it’s tiny. Ba-dump-bum!