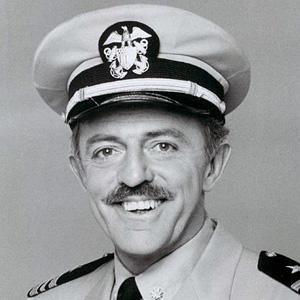 Best known for his role as Gomez Addams on TV’s The Addams Family, he also starred in ABC’s I’m Dickens, He’s Fenster and in the second season of Batman in the villainous role of the Riddler.

He was initially a math major in college at Washington & Jefferson before transferring to Johns Hopkins.

He is known for playing eccentric characters and started out playing these kinds of roles in theater.

He married his first wife, Suzanne Hahn in 1956, and the couple had three sons.

He is known for his role in the comedy film, Evil Roy Slade, along with co-star Mickey Rooney.

At a certain point he was very popular, from THE RAVEN. He was never fully appreciated, never made the money, and you know he was looked upon with admiration by some people, but also as an oddball. But that was his point.

United Artists wanted to do records with me. I had no idea, what a rare thing that was… to make an album. And they put a guy with me working on songs, and I got busy with films. I just kind of let it slide. Isn’t that amazing?

My work is to reach people with ideas, hopes, dreams, encouragement, insight, and revelation. That’s what an actor wants to do.

People are transported to that space that Poe wanted to make available to us.