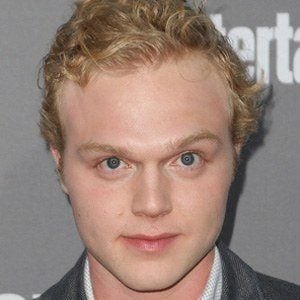 Actor who began playing computer specialist Jason Wylie on CBS’ The Mentalist in 2013. The following year, he appeared in the role of Zart in the blockbuster YA adaptation The Maze Runner.

He made his television debut in 2010 with an appearance on an episode of the cop drama Detroit 1-8-7.

He was cast in the role of Dr. Isaac Cross on Grey’s Anatomy following the departure of actor Patrick Dempsey.

He is the grandson of The Good Wife actor Jerry Adler.

He has co-starred with Simon Baker in The Mentalist.