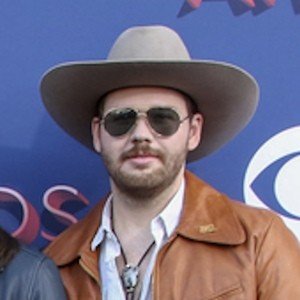 Keyboardist for the country band LANCO, but is also an accomplished multi-instrumentalist. The band has over 40,000 followers on Instagram.

Before they were signed to their first label, he and the band practiced on the top floor of an old carpet warehouse that had no ventilation. They were known to practice in their underwear during hot summers and in heavy coats and scarves in the winter.

His band, LANCO, was the first country band to have a debut album open at #1 on Billboard’s country list in ten years.

He married long-time girlfriend Autumn Edwards in November of 2017.

The band got their big break when they met producer Jay Joyce who’d worked with such acts as Emmylou Harris, Zac Brown Band and Little Big Town. The band’s toured with Chris Young in 2018.