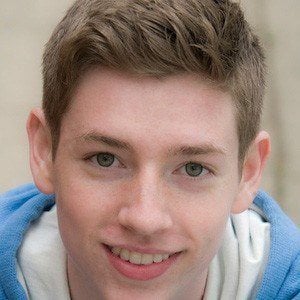 Actor who played the role of Chris Brody in the Showtime series, Homeland. His first role was in Barney & Friends.

He began acting in television commercials at age three.

He has a brother named Hunter and a dog named Tucker.

He is the on-screen son of Morena Baccarin in Homeland.