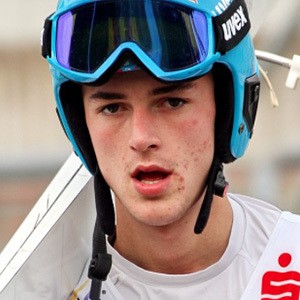 Ski jumper who is best recognized for having competed in the 2013-2014 FIS Ski Jumping World Cup. He also represented his home country in the men’s normal hill individual competition during the 2014 Winter Olympics.

He competed on the reality TV show Supraviețuitorul: Filipine.

He was born in Romania.

In 2018, he posed for an Instagram photo with rapper Lino Golden.