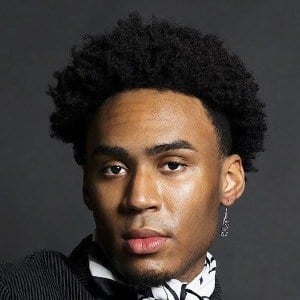 Rumi Robinson is a pop culture commentator and host who got his start reviewing TV shows on Youtube/TikTok, and vlogging about his college experience on his imurgency profile which has gained him 100,000 followers and 19 million likes.

He has been a content creator and full time student for over 7 years. He began posting to TikTok on January 1, 2017.

Rumi completed an internship at Twitter and has interviewed Jack Dorsey and Josh Peck.

He was born in the United States.

He posted a video featuring music by Khalid.