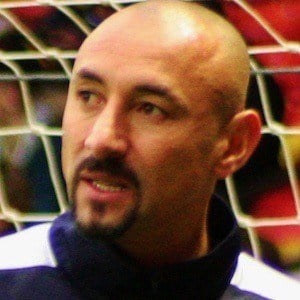 Brazilian goalkeeper who has played throughout the English Premier league with the clubs Tottenham Hotspur and Watford F.C. He also played for the Dutch club PSV Eindhoven, where he broke through onto the international soccer scene.

He began his amateur soccer career in 2001 with the Brazilian club Cruzeiro. He played over 50 games there between 2001 and 2004, when he was eventually sold to PSV.

He made his Brazilian national soccer team debut at the 2003 CONCACAF Gold Cup, where he started 5 games. He also made the team that traveled to the 2010 FIFA World Cup.

He was born and raised in João Pinheiro, Minas Gerais, Brazil.

He frequently served as the back-up to primary goalie Julio Cesar on Brazil’s World Cup teams.