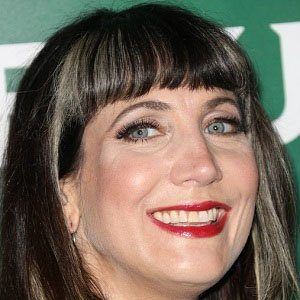 Before becoming known for her tattoo art, she trained as a classical vocalist and learned the art of knitting.

She and her brother and fellow tattoo artist, Guy Aitchison, were born in Michigan and raised in Illinois.

She and Corey Miller were both featured on the TLC series LA Ink.