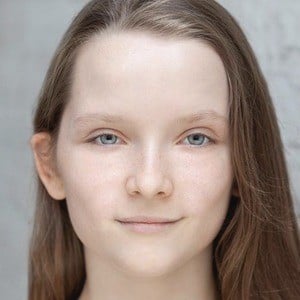 Young British actress who landed a role on The Dumping Ground alongside her twin sister Nelly.

She applied to be on the show through an open casting process.

She first appeared in the show in episode 3 of the 2014 series.

In addition to Nelly, she also has an older sister named Maisie.

She is joined by Joe Maw, Mia McKenna-Bruce and many others on The Dumping Ground.