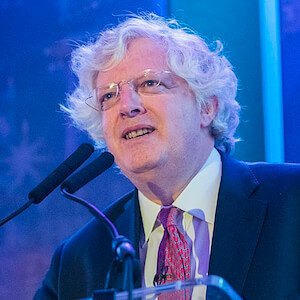 Founder and chairman of Terra Firma Capital Partners who has also worked for Nomura Securities and Goldman Sachs. His official occupation is private equity investor.

He began his career at Goldman Sachs as a eurobond trader and worked his way up the company from 1982 until 1994 when he would found Nomura’s Principal Finance Group.

He was the Chairman for EMI Group Limited, a music recording and publishing company. However, investment in the company turned out to be a failure.

He married Julia Carline Ablethorpe in 1984 and has four children.

He is one of the wealthier people in England just like Harry Potter author J.K. Rowling.