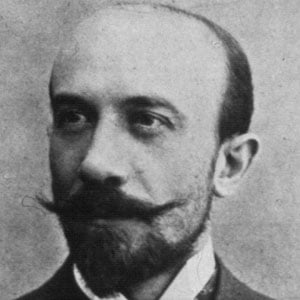 Director who utilized stop motion photography techniques and was known for his film A Trip to the Moon.

He worked as an illusionist and magician.

He was considered to be the Father of Special Effects.

He was called the Alchemist of Light by Charlie Chaplin.