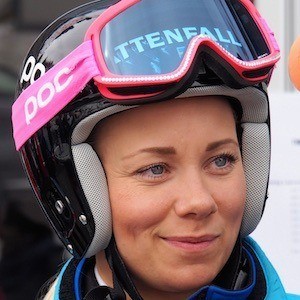 Swedish alpine skier who set a World Cup record by recording eight second-place finishes in slalom without winning a title. She finally broke the dubious streak with her first World Cup win in 2014.

She first competed in the World Cup during the 2007 season. She reached her first podium in 2009 with a second-place finish in Ofterschwang, Germany.

She competed for Sweden at the 2010 and 2014 Winter Olympic Games. She won bronze and silver at the 2013 and 2015 World Championships, respectively.

She was born to Hans Johansson, who also skied. She has a sister named Linn.

She beat out Marlies Schild to earn her first World Cup victory.