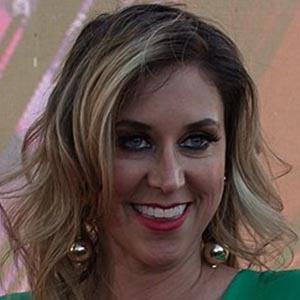 Brazilian singer and dancer who is the founder of Axé Bahia, formed in 2000. They are known for songs like “Mueve la Pompa”, “Beso en la Boca” and “Onda Onda”.

She began dancing when she was 4 years old. She holds a degree in business administration.

In 2007 she joined the jury of El Salvador’s Dancing for a Dream.

Her parents are Tania Regina Gineste and Olympio Filho. She has a brother, Eduardo. She was married to Marcelo Borlando. They had a daughter, Giuliana, in 2003. She married soccer player Juan José Morales in 2010.

Bruno Zaretti was also a member of Axé Bahia.