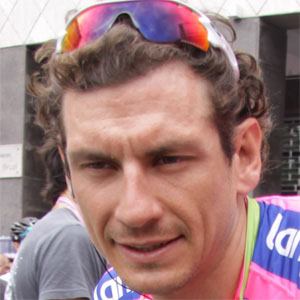 Italian cyclist whose accomplishments winning the GP Ouest-France and individual stages of the Tour de France in 2004 and 2007. He began competing as part of the Lampre-Merida racing team in 2013.

He made his professional debut in 2000 with the Mapei-Quick Step racing team.

He became the first cyclist in history to win the Trofeo Laigueglia three times.

He raced against Thor Hushovd at the 2009 Paris–Roubaix.