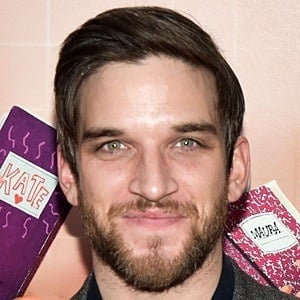 Actor known for playing Toad in X-Men: Days of Future Past. His other credits include Bone Tomahawk, Whiskey Tango Foxtrot and Tallulah.

One of his first acting roles was in the short film Sarah + Dee.

He acted in and produced the 2016 film Kate Can’t Swim.

He appeared in the series Frontier alongside Jason Momoa.