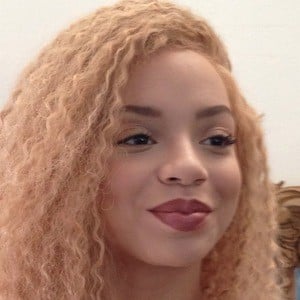 Best known for her role as Brittany on the BET comedy-drama series The Game. She appeared in 16 episodes of the series between 2006 and 2009.

She earned her first professional acting credit on the show Girlfriends, which was the inspiration for the spin-off series The Game. She appeared on one episode, as her The Game character Brittany, in 2006.

She played Trinity in the 2011 TV film Trinity Goodheart alongside Eric Benet. It premiered at The American Black Film Festival in July of that year.

She was born and raised in Los Angeles, California.

She appeared on The Game alongside Tia Mowry and Hosea Chanchez.