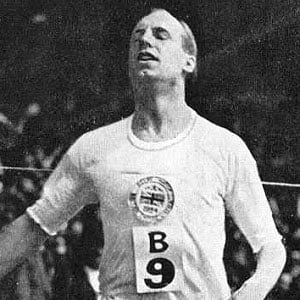 Track and field athlete who won two medals for Great Britain at the 1924 Olympics: gold in the 400 meters, and bronze in the 200 meters.

He went to school at the University of Edinburgh.

In addition to track and field, he was an accomplished rugby player who represented Scotland.

His legacy is portrayed in the famous film “Chariots of Fire,” where he is played by Ian Charleson.

God made me fast. And when I run, I feel His pleasure.