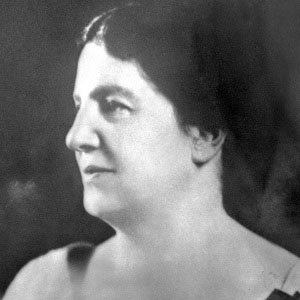 Notable for her membership in a Canadian women’s activist group known as “The Famous Five,” Murphy played a key role in convincing the government to consider women “qualified persons” who could serve in the Canadian Senate. Her landmark case was won following an appeal to the British Privy Council’s Judicial Committee.

In 1916, she established herself as a political activist after successfully lobbying the Alberta legislature to pass a measure that gave women the right to ownership of a third of their husbands’ property.

Apart from her suffragist work, she fought for tighter drug laws in Canada, as well as for the highly controversial eugenics cause of forced sterilization.

She and her brothers Gowan and Thomas were the children of Emily and Isaac Ferguson. Her marriage to Arthur Murphy resulted in daughters named Kathleen, Doris, Madeleine, and Evelyn.

She and fellow Canadian women’s rights activist Nellie McClung were both involved in the famous Persons Case.

It is claimed, but with what truth we cannot say, that there is a well-defined propaganda among the aliens of colour to bring about the degeneration of the white race.

This is courtship all the world over – the man all tongue; the woman all ears.