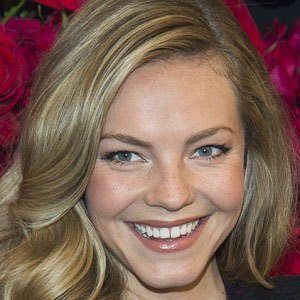 American actress who played Kate Kavanagh, roommate of protagonist Anastasia Steele, in the 2015 film Fifty Shades of Grey. She is also known for her recurring roles on television series like Lone Star, Crash and The River.

She graduated from NYU’s Tisch School of The Arts in 2009 and performed with the Atlantic Theatre Company.

She appeared on the cover of HILuxury Magazine in April 2012.

She has a younger brother named Kai and an older sister named Anna.

She appeared alongside Dakota Johnson in the blockbuster film Fifty Shades of Grey.

I think the best thing you can hope for, as you continue on, is to learn so much from every job.

I have had a lot of training as an actor, but it’s very different than being on set.

I think the point of art is to be controversial in a lot of ways. It’s to cause conversations, and it’s to get people excited about and talking about the things that the films are about.

My dad’s a scientist, and my mom’s a teacher, so I didn’t grow up in a family that was into the entertainment world at all.