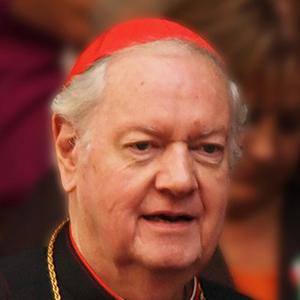 American Cardinal of the Roman Catholic Church who was the Archbishop of New York from 2000 to 2009.

He attended Archbishop Quigley Preparatory Seminary, where he was student body president and editor of the student newspaper and yearbook.

He was staunchly against Rudy Giuliani receiving the Eucharist when he was mayor due to his pro-choice views.

His father was a sales manager in Illinois.

He was one of the cardinal electors who participated in the 2005 papal conclave that selected Pope Benedict XVI.