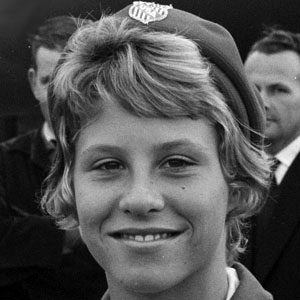 Renowned swimmer who was voted Most Outstanding Woman Athlete in the World by the Associated Press and United Press International in 1964. She took home two gold medals at the Summer Olympic Games the same year.

She was born in San Diego, California and qualified for the United States Olympic swim team at age 13.

She was an avid supporter of female athletics, helping to establish the The Women’s Sport Foundation in 1974.

Her younger sister, Joanna Kerns, was an actress known for playing Maggie Seaver on the sitcom “Growing Pains.”

She founded The Women’s Sport Foundation with the help of women’s tennis player Billie Jean King.