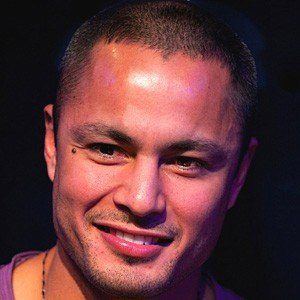 Former VJ of MTV Philippines who went on to play the role of Oliver in I Love You So.

He studied electrical engineering during college.

He hosted the reality show The Amazing Race Philippines.

He married Mary Christine Jolly in 2002. Together they had one son.

He played the role of Ram in No Other Woman alongside Anne Curtis.