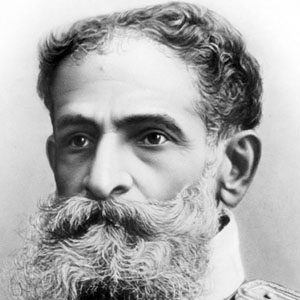 After overthrowing Emperor Pedro II in an 1889 coup, this military leader established the Republic of Brazil and took office as the country’s first president.

Following his military service in both the Praieira Revolt of 1848 and the Paraguayan War of the 1860s and early 1870s, he served as Governor of Rio Grande do Sul.

In the early 1890s, facing a potential civil war, he resigned as president.

He took power shortly after Isabel Princess Imperial of Brazil (the daughter of Emperor Pedro II) abolished slavery in Brazil.