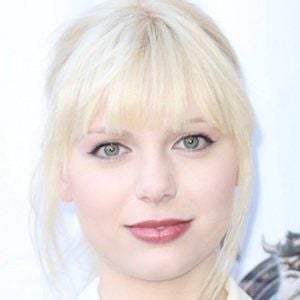 Singer-songwriter and television actress who released a debut EP titled Boom after previously releasing a single called “Sets Me Free” in 2014.

She was writing songs as early as the third grade. She met music producer Dave Cobb through her guitar teacher when she was 14 years old, and would work with him for years.

She landed a role on Nickelodeon’s Victorious which led to pilots on Nickelodeon and Cartoon Network, as well as a part on Disney’s Dog with a Blog.

She grew up in a very small town called Denver, North Carolina as the daughter of musical theater actress and a Division 1 football player.

The producer she worked with, Dave Cobb, also worked with singer Jason Isbell.