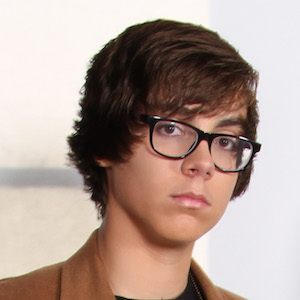 Youngest member of the musical trio TMPTR alongside his older brothers, Santino and Gianni. In May 2016, they released their debut single to YouTube titled “Is It Too Late?”

One of his first experiences performing was alongside his brothers at the Treasure Island Hotel and Casino in Las Vegas.

His mother’s name is Tess. He and his brothers hail from Las Vegas, Nevada.