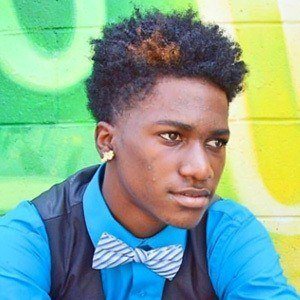 Widely known for his time as a classmate on the Nickelodeon series School of Rock. He debuted on the series in March 2016 on its premiere episode.

He earned his first TV acting credit in 2013 on the ABC sitcom The Goldbergs. He played the character Barry’s sidekick.

He has competed in the USA track & field program. In 2016, he appeared on the sitcom Black-ish.

He was born and raised in Inglewood, California.

He has frequently appeared alongside Ricardo Hurtado on the TV series School of Rock.