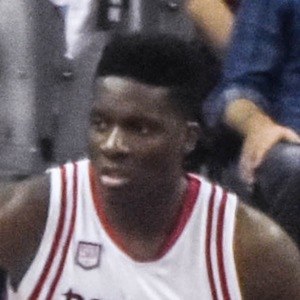 Swiss basketball player who was drafted by the Houston Rockets in the first round of the 2014 NBA Draft. After spending much of his rookie season in the D-League, he became part of the Rockets’ rotation during the 2015-16 season. In 2020, he was traded to the Atlanta Hawks.

He played basketball while attending the National Institute of Sport and Physical Education.

His full name is Clint N’Dumba-Capela. Although he was born in, and represents, Switzerland, he grew up in France.

In the 2015-2016 season, he was the third-tallest player on the Rockets, surpassed only by Donatas Montiejunas and Dwight Howard.