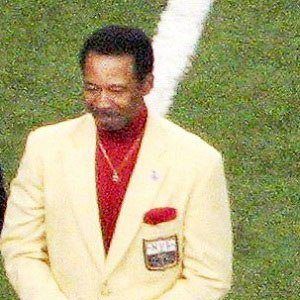 Former tight end who played the entirety of his legendary ten-year career with the Detroit Lions. He made seven Pro Bowls, including four straight from 1968 to 1971, and was named to the 70s All-Decade Team.

He attended the University of Minnesota before being drafted in the third round of the 1968 NFL Draft.

He continued to work with the Lions organization after his retirement. He served as an analyst for the team’s radio broadcasts from 1983 to 1988 and later became an Assistant Director of Personnel.

He had nine children, three of whom played college football at Ohio State University.

He and longtime Oilers offensive guard Bruce Matthews were both members of the Pro Football Hall of Fame class of 2007.