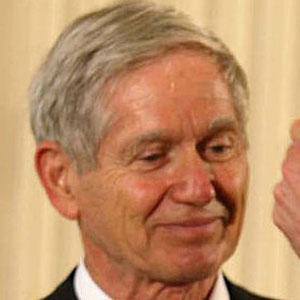 One of the first scientists to produce data proving that carbon dioxide levels were rising steadily in the atmosphere. His research at the Mauna Loa Observatory proved that humans were directly contributing to the “greenhouse effect”.

He earned his Ph.D. in Chemistry from Northwestern University in 1954.

In 2002 President George W. Bush presented him with the National Medal of Science.

He married Louise Barthold in 1955 and they had five children, including Ralph Keeling, who is a climate scientist at Scripps Institution of Oceanography.

He was presented with a “special achievement award” from Vice President Al Gore.