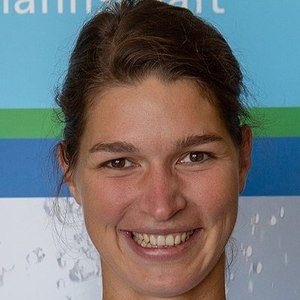 Rower who won a silver medal in the women’s quadruple sculls at the 2012 Olympics; also won gold in the same event at the 2013 World Championships.

She learned to speak French and English in addition to her native German.

She won bronze in the women’s quadruple sculls at the 2010 World Championships.

She grew up in Heilbronn, Germany.