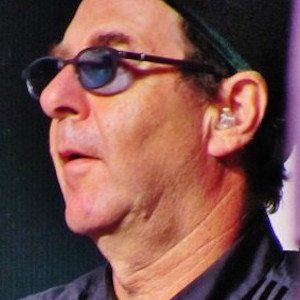 Drummer who is a part of the CBS Orchestra on the David Letterman Show.

When he was four, he began to learn drumming. He later studied at the New England Conservatory of Music.

He released an instructional video called In the Groove.

He had five children with his first wife, Berber de Mey.

He has performed onstage with Bob Dylan.