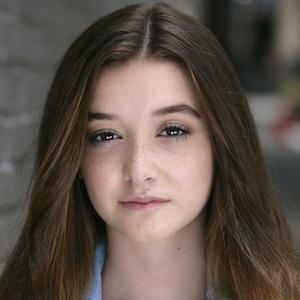 Singer-songwriter and actress who released a debut single called “Stayin’ Up All Night.” She was featured in Newsday’s “Most Talented Kids On Long Island” article and was named “Most Talented Kid of the Month” by Examiner.

She started acting and singing at the age of 7. She made her stage debut in productions of Hairspray and Wizard of Oz.

She has performed at historic venues such as The Apollo Theater and Madison Square Garden.

She was born in Long Island, New York.

She trained as an actress with Diane Hardin whose other clients include Jessica Biel and Zac Efron.