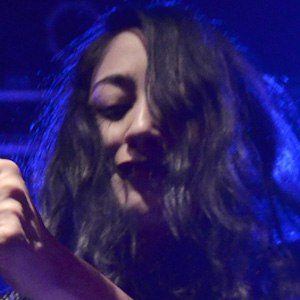 Vocalist, guitarist and keyboardist who began performing with the American post-hardcore band Eyes Set to Kill in 2003. Her debut solo album, Underground Sounds, was released in 2010.

She originally formed Eyes Set to Kill as a three-piece in Tempe, Arizona. She and the band soon began performing with local artists like Chiodos and Blessthefall.

Her band’s name is lifted directly from a poem she wrote in secondary school.

Her sister, Anissa Rodriguez, is one of the original members of Eyes Set to Kill.

She has performed alongside guitarist Alex Torres in Eyes Set to Kill.